We are led by an independent Board of Directors

A board with extensive professional experience serving private, public and non-profit organizations. Effective and efficient governance is an essential foundation for our success. Along with the President & Chief Executive Officer and the Executive Leadership Team, the Board of Directors provides integrated and high functioning leadership that enables EfficiencyOne to excel in achieving our strategic and operational objectives. 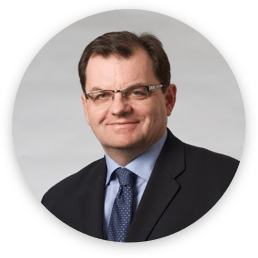 B.A., B.A. (Juris), LL.M., Chair of the Board of Directors and Founding Chair

William Lahey is President and Vice-Chancellor of the University of King’s College and Professor at the Schulich School of Law at Dalhousie University. A Rhodes Scholar, Bill’s diverse career started with clerking for Justice Gerard La Forest of the Supreme Court of Canada. In addition to a 20-year career in academia, he has worked in private and government legal practice and served as Nova Scotia’s Assistant Deputy Minister of Health and Deputy Minister of Environment and Labour. In 2019, he was appointed Chair of the Council of Nova Scotia University Presidents and as a Board member of EduNova. He previously chaired the boards of the Nova Scotia Health Research Foundation and the Canadian Centre for Ethics in Public Affairs, and recently joined the Board of Autism Nova Scotia. He is a member of the Nova Scotia Barristers’ Society. He was a major influence behind Nova Scotia’s Environmental Goals and Sustainable Prosperity Act and has authored or co-authored major reports on the regulation of aquaculture and the improvement of forestry practices in Nova Scotia. In 2019, he received the Lieutenant Governor’s Award for Excellence in Public Administration. 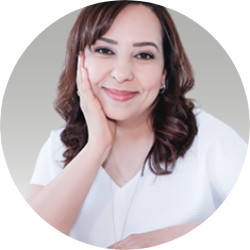 Faten is the Co-Founder and Chief Creative Officer of WeUsThem, a full-service ad agency with a client roster that includes Telus, the Eastern Caribbean Central Union, the Canadian Space Agency, Government of Canada, the Kempinski Group, Kaplan International, Cambridge University, Groupe Média TFO, Province of Nova Scotia, and the Sinai Health System to name a few. Faten has been named one of Canada’s Top 100 Most Powerful Women numerous times, most recently in 2021. She was also named Executive of the Year and Entrepreneur of the Year in Canada and internationally. Faten has also been named one of five Women of Inspiration, a Woman of Influence, a Woman of Excellence, and an International Diva of Colour. She has been invited and is a fellow with the International Women’s Forum and has also been celebrated for her community work by Women Get on Board. Her leadership has brought home numerous global nods from the Cannes Lions, CLIO’s, Webbys, Daveys, MarCom, W3’s, Hermes, and Advertising Age for WeUsThem; all firsts on the east coast. As part of her work in the community, Faten is the Chair of the Halifax Chamber of Commerce, serves on the Board of EfficiencyOne, is a founding member of the Women’s Leadership Circle and is a former director of the Canadian Cancer Society and a Governor in Council at NSCAD University. 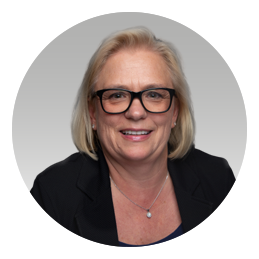 Corinne Boone is a seasoned executive with 30 years of experience in the “business” of sustainability, focusing on climate risk, carbon markets, and environment, social and governance (ESG) factors. As an environmental economist and a climate market pioneer, Corinne offers unique perspective and experience on integrating economic, social and environmental risks and opportunities to maximize business and societal outcomes. Corinne has worked extensively in the mining and metals, energy, and financial services sectors internationally and domestically. Currently, she is the CEO of Climate and Sustainable Innovation, a boutique consultancy focusing on sustainable finance, carbon markets and pricing, and ESG factors. She is an accredited Director and currently serves on Boards and high-level Independent Advisory Committees focused on energy, research, and financial services. Corinne is extremely passionate about the key role for business in achieving sustainability and has spent much of her career demonstrating that sustainable business is good business. Corinne also serves as a member of the Board of Directors for the Halifax Climate Investment, Innovation and Impact (HCi3) Fund. 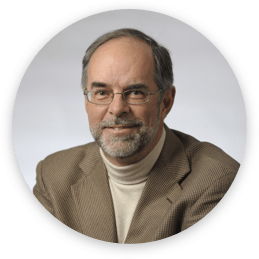 Raymond Côté is Professor Emeritus in Resource and Environmental Studies at Dalhousie University. He has served the Province of Nova Scotia on numerous boards, committees and round tables. He was a columnist on business and environment for the Burnside News for 21 years. From 1998-2008, Raymond was Director of Dalhousie’s award-winning Eco-Efficiency Centre. He has 50 years of experience in environmental management as a regulator, administrator, advisor, researcher, teacher and consultant. 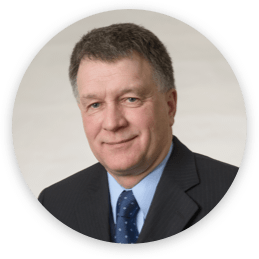 Jack Kyte is a communications and public relations professional with over 35 years’ experience as an executive in Nova Scotia’s pulp and paper industry. He is currently the Executive Director of the Pictou County Chamber of Commerce. Previously, Jack was Executive Director of the Pictou Regional Development Agency and is a past member of the Atlantic Regional Board, Nature Conservancy of Canada. Jack resides in New Glasgow, Nova Scotia, and his personal interests are related to health care, environmental stewardship, and community economic development. 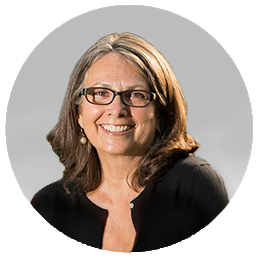 Carol MacCulloch has vast experience as a non-profit executive and director. She previously served as Board Chair of the Nova Scotia Apprenticeship Agency. Her expertise has helped several start-up organizations, and her leadership has energized a series of quasi governmental organizations, advisory committees, and non-profit boards. In 2009, Carol received an honourary diploma from the Nova Scotia Community College. Carol also serves as the Chair of the Board of Directors For the HCi3 Fund and sits on the Board for EfficiencyOne Services. 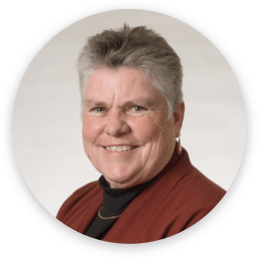 Dr. Joan McArthur-Blair, Co-President of Cockell McArthur-Blair Consulting is an inspirational writer, speaker, and facilitator. She believes positive leadership matters in the world and all her work is around enabling and fostering that generative possibility. Joan specializes in the use of appreciative inquiry and appreciative resilience to foster leadership development, strategic planning, and innovative strategies for organizational and team development. She has co-authored Appreciative Inquiry in Higher Education: A Transformative Force, 2nd edition (2020) and Building Resilience with Appreciative Inquiry: A Leadership Journey through Hope, Despair, and Forgiveness (2018). 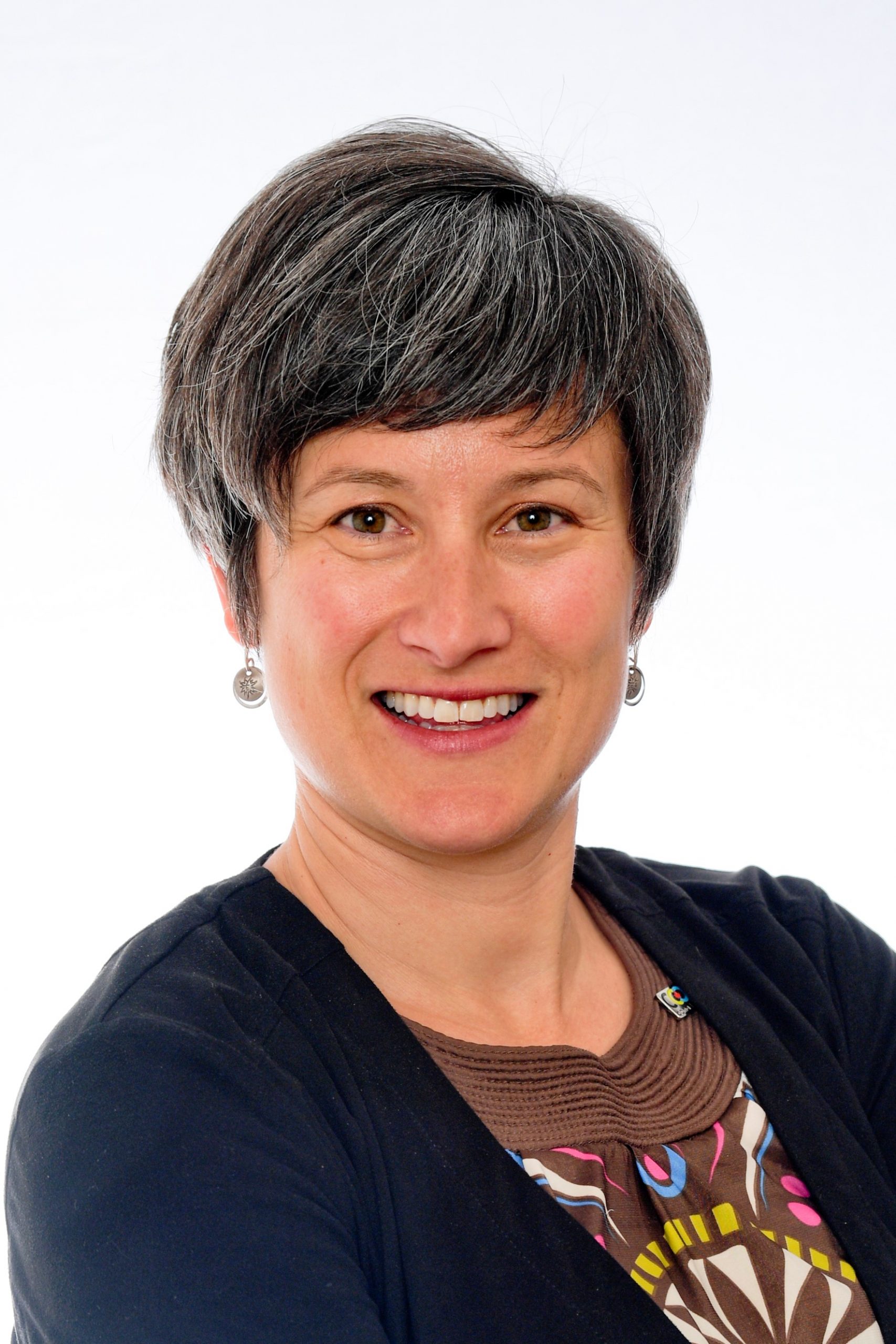 Karen Miner is an expert in values-based business, with an emphasis on co-operatives, credit unions, and social enterprises. For much of Karen’s career, she worked coast to coast across North America as a management consultant with large consulting organizations through to small boutique firms, always with a focus on business and sustainability. During this time, she developed a deep understanding of the complex and evolving nature of environmental, social, and economic systems. Currently, Karen is the Managing Director of the International Centre for Co-operative Management in the Sobey’s School of Business at Saint Mary’s University. She works locally to globally developing relationships and networks, combined with sharing and exchanging knowledge on how to build people-centred economies and societies. Since the early 2000s, Karen has served on business, non-profit, and charity Boards in organizations as varied as outdoor retail, financial services, environmental advocacy, and fair-trade certification. 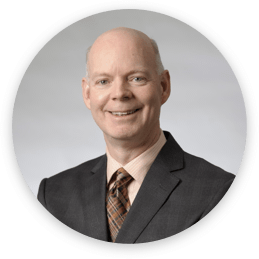 Sean O’Connor is a businessman with interests in several small and medium-sized businesses in Atlantic Canada. An accountant by training, he has held senior positions in both the private and public sectors. Sean sits on the Boards of several private and non-profit organizations and is currently the Chair of the Atlantic Lottery Corporation. Sean also serves as the Chair of the Board of Directors for EfficiencyOne Services. 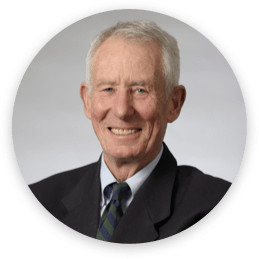 Dan O’Halloran, with wide ranging and very extensive professional engineering, management, and business experience, has been involved in a wide range of projects in Atlantic Canada and further afield. He is a founder of O’Halloran Campbell Consultants, and a former Fellow of the Canadian Society for Civil Engineering, the American Society of Civil Engineers, and the Institution of Civil Engineers. He has experience with several Boards and advisory groups. Dan is an enthusiastic advocate of saving energy, reducing GHG emissions, and has strong environmental interests. Dan also sits on the Board of Directors for EfficiencyOne Services. 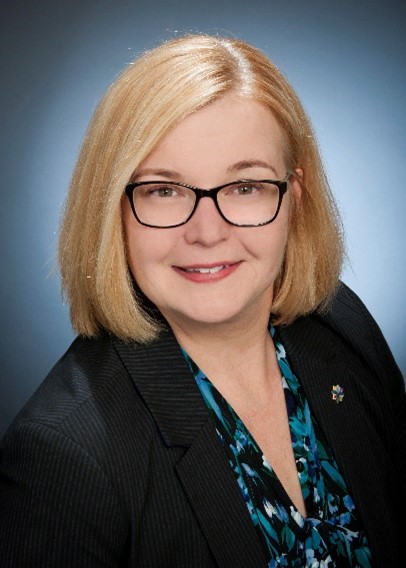 Cathie O’Toole is an experienced business leader with executive experience in utilities, public sector and government business enterprises.  Cathie is the General Manager of Halifax Water and has served on many boards and committees in the community including the Nova Scotia Liquor Corporation, the Property Valuation Services Corporation, the Audit Committee of the former Halifax Regional Schoolboard, and volunteer positions with CPA Nova Scotia.  Prior to joining Halifax Water, she worked for the Halifax Regional Municipality in a variety of roles including Director of Finance/CFO and Director of Infrastructure and Asset Management.   A consistent element throughout her career has been involvement in energy, environment and utility issues including policy and program development, financial and operational performance management, development of by-laws and regulations, operating cost structures and rates. 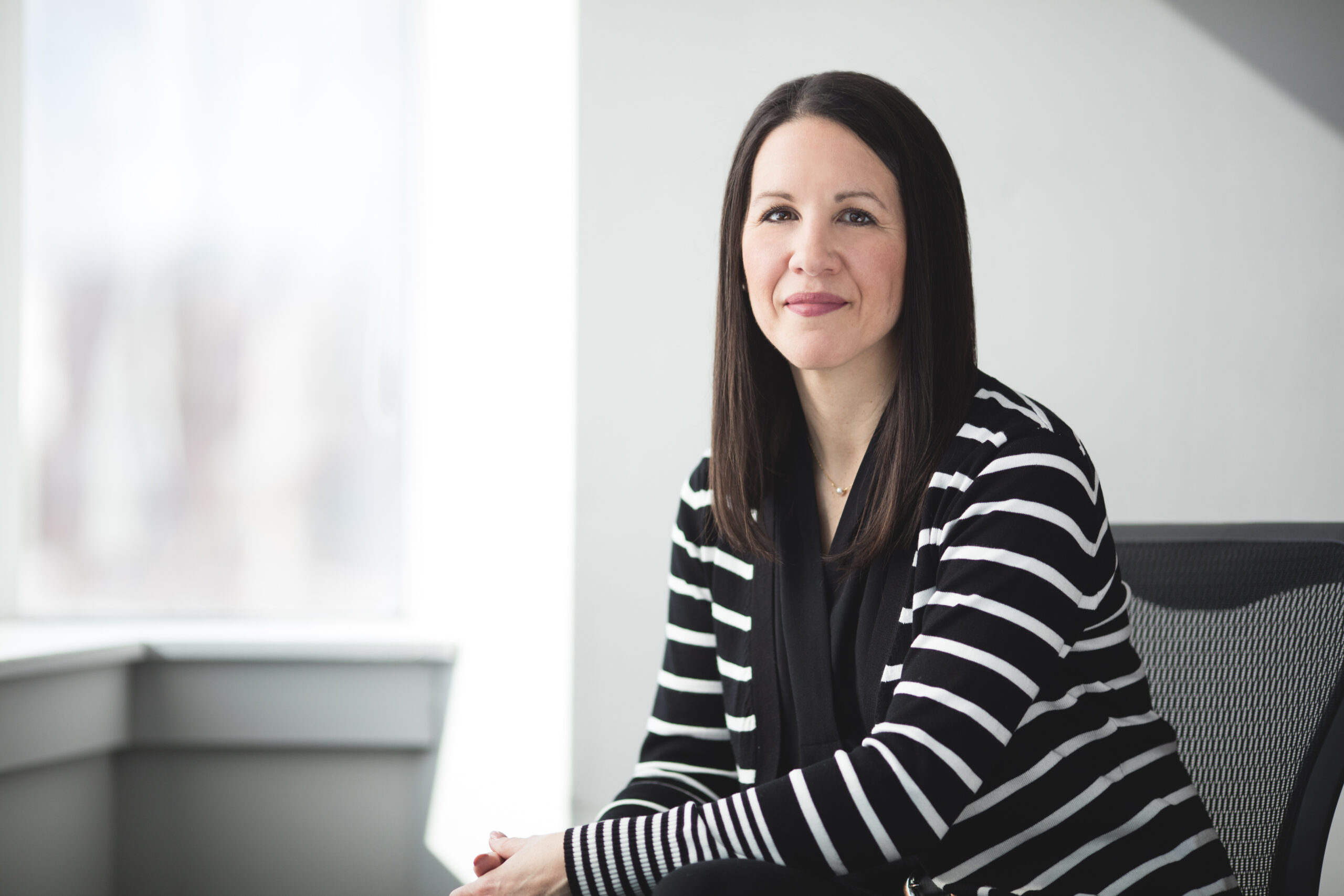 Denise’s background is in chemical engineering, and she has more than 30 years of experience in the energy and resource sector, working in regulatory compliance, quality assurance and management systems, process engineering, and risk assessment. She’s currently the vice president of Practice Services and was the first-ever vice president of Indigenous Relations at Stantec. Born and raised in Nova Scotia, with French Acadian and Mi’kmaq heritage, Denise is a firm believer that a diverse and representative employee base—led by a diverse and representative leadership team—enhances and strengthens the cultures of quality, innovation, and health and safety within an organization.

Denise sits on several boards and national Indigenous advisory councils and is currently the President for Engineers Nova Scotia.  She was named one of Canada’s most powerful women by the Women’s Executive Network, and the top 150 Canadian Women in STEM by hErVOLUTION. Denise was also named one of the 50 most inspirational women in technology in Canada by Inspiring Fifty. A believer in life-long learning, Denise recently completed an MBA from Athabasca University, and she attends a multitude of educational conferences and events annually. She also spends quality time with her family and friends at her family ocean-side cottage. 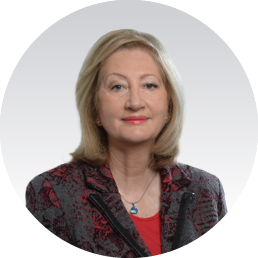 Vicky Sharpe has served on Boards for over 20 years, mainly in the energy and financial arenas. She has 35 years of diverse experience in the power, energy, and natural resource sectors, has extensive investment networks, international exposure, and is a seasoned Director (ICD.D 2005). She is a pioneer and innovator in the cleantech commercialization and venture capital space and is the recipient of awards that recognize this commitment. As the founding President and CEO of Sustainable Development Technology Canada, she mobilized public funds and private capital of over $5 billion for project work and commercialization for Canadian cleantech companies. She is committed to clean capitalism, integrating ESG practices into businesses while improving competitiveness and profitability. Vicky also sits on the Board of Directors for the HCi3 Fund.