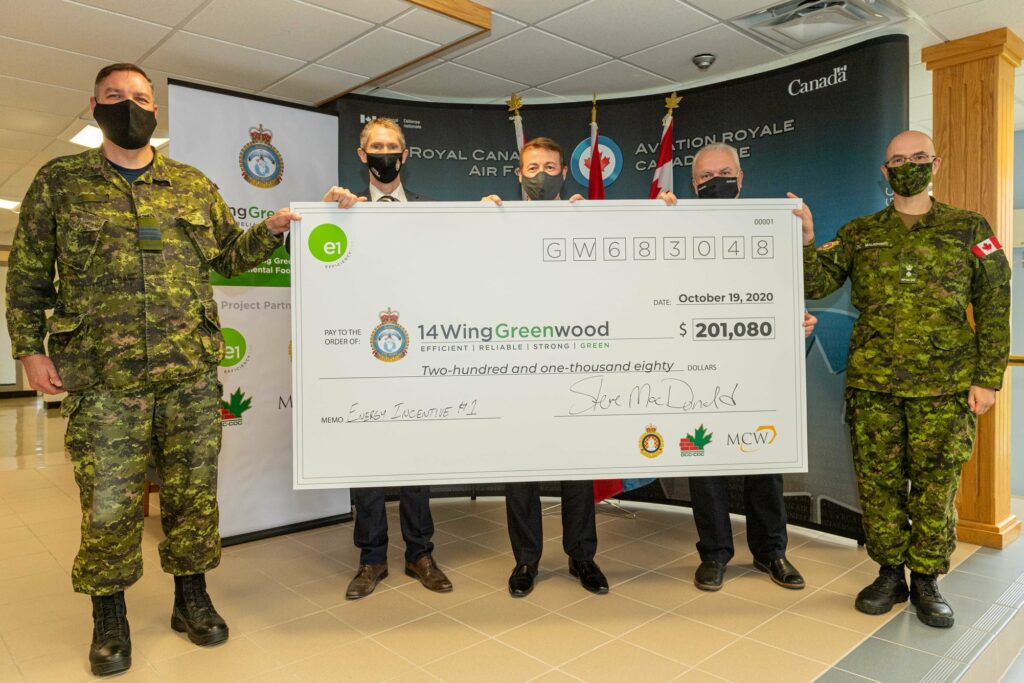 The “green” in 14 Wing Greenwood was recognized October 19, as base and Real Property Operations Unit (Atlantic and Greenwood) representatives, along with partners Defence Construction Canada and MCW Custom Energy Solutions, accepted the first milestone cheque from Efficiency Nova Scotia as part of the 10-year Greenwood Energy Performance Contract to reduce energy use and greenhouse gas emissions. LED light installations, improved heating and ventilation equipment, and controls and water efficiency improvements over the past year in 23 buildings at both 14 Wing and 5th Canadian Division/ 5e Division du Canada Support Base Detachment Aldershot have already added up to significant energy and environmental savings.

This first incentive covers savings of 1.9 GWh – this equates to a reduction in Greenwood’s annual energy use of 6.5% and roughly 1350 tonnes of GHGs avoided. The second and final payment will be approximately the same amount and is schedule for late 2021 or early 2022.